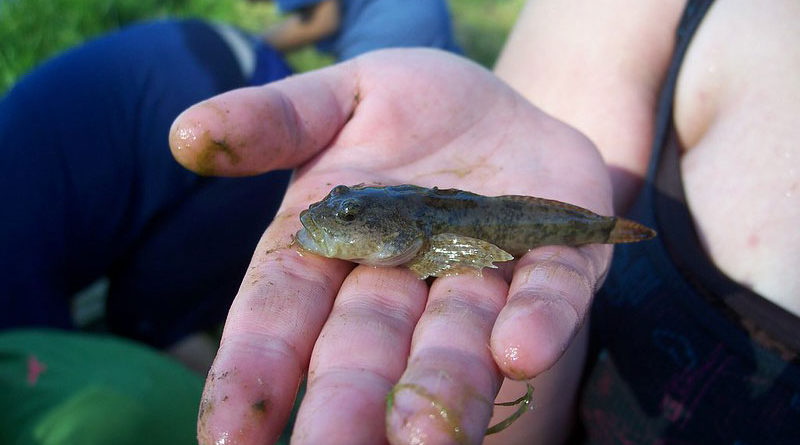 “Round gobies are an exotic, invasive species that use the same habitats and foods as many of our native fish. This puts them in direct competition with our natives, some of which are already in decline because of other environmental factors,” said MDC Fisheries Management Biologist Sarah Peper.

Description – Appearance
The Missouri round goby is a small, aggressive bottom-dwelling fish. They usually grow three to six inches long, but can grow up to ten inches. The young gobies are solid gray and adults are light grey with dark blotches. They resemble sculpins, which are native bottom-dwelling fishes.

Goby Body Shape and Fins
Large head, bulging eyes and torpedo-shaped body. They have a single scallop-shaped (fused) pelvic fin. No other native fish in the Missouri Lakes have a fused pelvic fin. The dorsal fin has an obvious black spot.

Goby – Biology
The round goby is an aggressive bottom-dwelling fish that feeds on a variety of macroinvertebrates, fish eggs and fry. Adults aggressively defend spawning sites and can spawn several times per year. Round gobies have been found at densities up to 20 individuals per square yard. They have a well developed sensory system that enhances their ability to detect water movement, allowing them to feed in complete darkness—a competitive advantage over other Missouri fishes.

Origin and Spread
The round goby is native to the freshwater region of Europe’s Black and Caspian Seas. The species was first confirmed in the United States’ St. Clair River in 1990. By 1999, the species was found in several locations within the Mississippi River system, the invasive round gobies could enter the Meramec River as well.

Threat to Missouri Waters
Round goby infestations cause recreational, economic and ecological damage—changing how residents and visitors use and enjoy Missouri lakes, rivers and streams. Gobies out-compete native fishes for food and spawning habitat and eat the eggs and fry of native fishes. They also aid the spread of avian botulism.

Goby Control Methods
There is no known effective population control for round goby in natural water bodies at this time. The Missouri Department of Conservation (MDC) encourages anglers to take photos and email MDC with details if they encounter any round gobies. Gobies are illegal to possess or use as bait. Check bait buckets to prevent the accidental spread of these invasive fish. MDC recommends disposing of gobies by tossing them onto land, well above the shoreline. Anglers should report the sighting and email photos to [email protected]

Find more information on Gobies and other Missouri fish at the Fishing section of the Missouri Department of Conservation website. 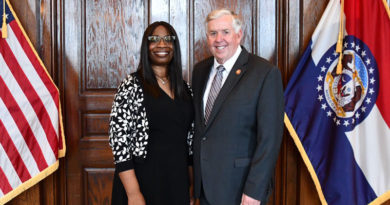 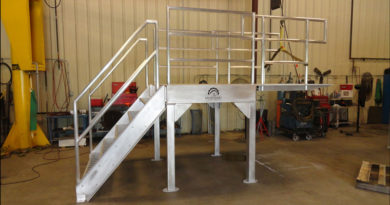